When I studied abroad in the English city of Leeds I was assigned to live in a flat that was as far as could be from my university, and, of course, this seemed the worst thing that could possibly happen.

I would have to figure out how to travel to school in a foreign city. The prospect of traversing along stranger sidewalks was daunting- the most I’d ever had to figure out was the campus layout of my home university, UMass Amherst. And while UMass was big enough on it’s own, I’d always lived right on campus, no messy buses or streets to figure out.

I sucked it up, of course, moved into that flat, and learned the English bus system. The differences from US buses were minor, yet more than enough to make me look like a dumb foreigner if I didn’t have the help of my British flatmate at first.  I went and got a bus pass along with my fellow American flatmate and slowly, after several rides, and one or two particularly troublesome journeys on very snowy nights that turned every landmark identical and unidentifiable, I slowly learned how to do the whole English bus thing.

Fast forward to spring- no more snow and I am a seasoned bus rider, so much so that I decide to expand my limits. Accounting for the fact that the month of May was exam season and I had weeks of free time (I mean, study time…………), I decided it was time to see not only what Leeds had to offer outside of its city walls, but also neighboring towns and villages.

On sunny days (which were never quite as rare as I’d been lead to believe) I’d hop on a bus and go to the suburbs of Leeds and visit parks, or to small towns such as Otley, or Ilkley, where I’d go hiking along a moor, or eat lunch beside a quiet field of sheep.  I’d go as far as York, one of my very favorite English cities, and visit the cathedral there. 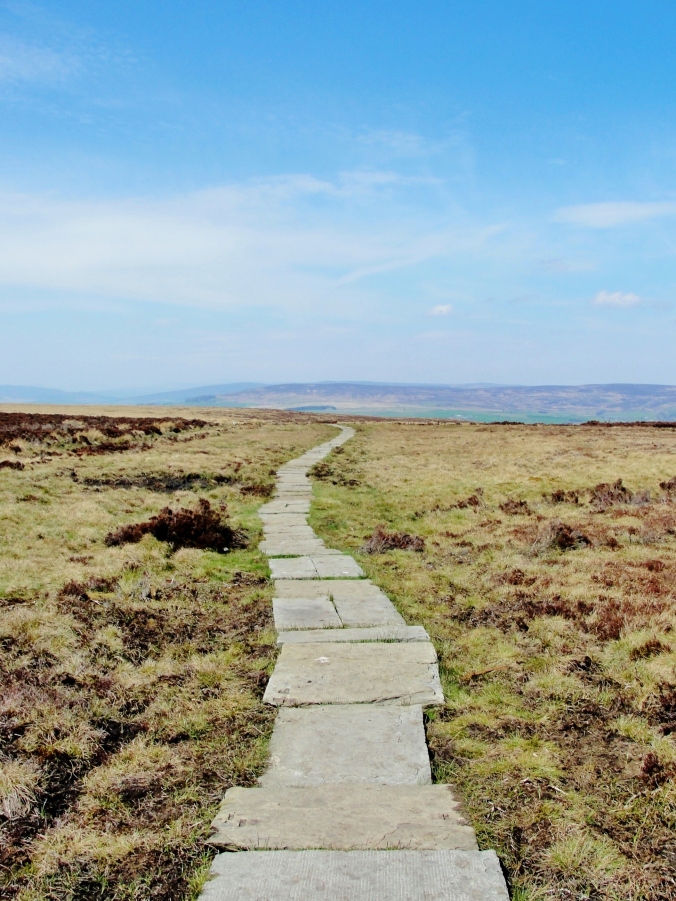 The bus was crowded when I got on that day, around noon. So crowded I was forced to sit beside someone, on the top level of the bus, too, instead of getting my own seat, and one next  to the window, like I preferred.

When I travel, I either read or listen to music. Sitting and riding without a story to read or music to listen to is, simply, a very boring experience for me. That, and they are two very useful ways to tune the rest of world out, a sign to outsiders that says a clear “do not disturb.”  I’d downloaded a few new songs for this particular bus ride, which was probably forty minutes or so, give or take.

When I sat down in one of the only seats available, beside an old man next to the window, I put only one headphone in, in case he had to get up for his stop and so I could hear if he asked me to move. With one headphone in my ear and accounting for the fact that people generally made of a point of not talking to one another on public transportation, I was very focused on remaining my loner self for this journey.

However, the old man beside me did not get that memo.

He had to be in his 70s, at least, and every once in a while he would point certain things out the window to me, like the fact that there seemed to be so many kids and teenagers getting on and off the bus, and was it a day off school? I would nod, force a laugh at his amusement of the goings ons of the bus, and try to turn back to my one ear of music. Obviously I had my iPod in my hand.

But he kept nudging me, kept pointing things out, kept making comments and finding just everything to be funny, and I was vaguely annoyed for the first half of the ride, wishing to just be left alone.

Until, and I don’t know exactly at what point this occured, somewhere in the rolling hills between the city and the houses of Skipton, he finally managed to engage me in conversation. He noticed my accent and asked me where I was from, and when I said America he began to tell me about his war days.

It struck me, then, as he told me about how he went off to the US for training to fight in the 50s, that I was actually sitting beside someone who had been a part of history, the history I read about in books and studied in Leeds. He’d been alive during World War II, and while I don’t recall if he ever specified which war he fought in when he was an eighteen year old in the 50s, just hearing him tell me about it was fascinating enough.

It was nothing sad, or bitter. On the contrary, everything he had to tell me made him laugh. I didn’t know him for long, but he and I had a lot of laughs in this short time we knew each other.

Still, there was one thing that he said – Peter, his name was – as we waned off the topic of his war days, that particularly struck me. He looked at me and said, “Remember, young lady, the only thing that matters more than your life, is your life.”

He told me about his wife, his children, and when he was more than happy to tell me about England and the town I was going to. I had to go to the church, and to the Skipton castle, and hey- he had to stop there to catch his next bus to wherever it was he was headed that day, he would show me around.

He asked me about “how kids date these days” and practically roared with laughter at what I had to say (though what I said, I don’t remember), and asked me all about my studies and my travels, and by the time we rolled into the center of Skipton, I was more than glad I hadn’t put my iPod away.

We got off the bus together, and he pointed out the castle, right beside the church, smack in the center of town. Before I ventured to explore those, however, Peter had thirty minutes to kill before his next bus came and he wanted to show me something in the museum in front of the bus stop.

When we walked in everyone greeted him by name, and he made sure to introduce me to all of them, “This young lady is Stephanie, she’s visiting from America.” He and his friend, a man who worked there and had to be in his early thirties, if not late twenties, gave me a small tour of the museum and brought me to a particular exhibit.

I’ll admit, what Peter had to show me was across from something that was screaming for all of my attention. On display in a dark, light sensitive room was Shakepeare’s First Folio (!!!!!!!!!). There are only four on display in the entire world, and this was one of them.

However, when I looked away from the Folio and to what Peter had to show me, it was to find a massive photograph of a Yorkshire train, framed on the wall. “Go on, look at the name,” he said, pointing to the small plaque on the bottom of the frame, already proud of what he was showing me.

Of course, it was his name, and I’d never seen someone so very delighted to show me their own work. When I looked back at him, his giant smile was already there. Hanging on the wall across from Shakespeare’s First Folio was a photograph of a train by someone perfectly undaunted, someone I actually knew. I never went back to look at the Folio.

Peter then took me downstairs, to a sort of cafeteria full of other elderly people. I had to be the youngest person in that room by decades, and I almost felt as if I was Peter’s grand daughter on a visit. Peter bought me tea and “pinwheel cake,” and that tea was perhaps the best I remember from my time abroad. Maybe because there was an exorbitant amount of sugar in it- I love my tea sweet.

It was time for Peter to be getting to his next bus, but first he made sure to walk me across the street to where the church and the castle were (or by the way he had to hold my arm, maybe I walked him). There, we finally parted ways. He gave me a kiss on the cheek and told me to tell my parents they had raised “a very lovely young lady.” I thanked him for everything, and he took off back across the street alone, to his bus. Of course, I never saw him again.

I explored the church and the castle as he told me to, and wandered the town alone afterward. When I got on the bus to go home it was considerably less crowded. I sat beside the window, looking out on the unfamiliar hills and houses and listened to my iPod with both headphones the whole way home.

What songs I listened to, I don’t remember at all.

One thought on “Remember, Young Lady”