The thing is, I really like reading romance. The other thing is, it takes a lot to make me invested in a romance. I was thinking about why this was, and while there are many specific qualities I like in a romance, the one that encompasses all of them is that I need the characters to earn it. Like, I need them to go through some trials to develop and discover their feelings. No insta-love here.

So, to name a few books and series that have romances I’ve really enjoyed:

I know I’ve raved about this series a million times, but truly, The Raven Cycle has the epitome of my kind of romance. Like, if one of the characters kisses her true love, he’ll die. What could get better than that? I believe Maggie Stiefvater said, “Nobody kisses anybody, which is weird because everybody loves everybody.” There’s lots of tension and pining and fighting each other and fighting together. This series seriously makes you earn the romance, and I LOVE it.

Simon vs. the Homo Sapiens Agenda 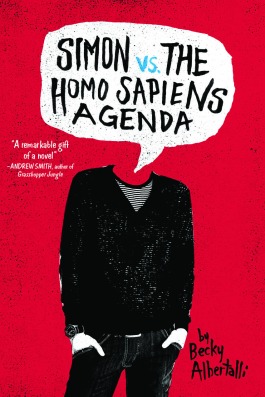 Another book I’ve raved about often, Simon vs. the Homo Sapiens Agenda is just the cutest, but what made it really satisfying for me as a read is that it really built up the romance. For most of the book, Simon is in the dark as to who the boy he’s communicating with online is, and the tension is built beautifully. I’m not usually into romances that don’t involve, say, battling evil, but this worked so well.

Six of Crows another book series that really nails the kind of romance I seek. The romance in this duology surrounds three separate pairings, and all of them are so unique and involve different sorts of battles. The romances are beautifully interwoven with the story, and I felt the characters really, truly earned the payoff when it came to love. There’s a lot of battling of inner (and outer) demons, and honestly, that’s my kind of romance. It’s very painful and very beautiful, and fun (at times).

A Great and Terrible Beauty Trilogy

I read this trilogy a veeery long time ago, but it’ll always be a favorite when it comes to romance. It is full of a lot of danger, lots of tension, and it has a painfully forbidden nature, as it surrounds an interracial pairing set in Victorian England. This was another romance that really made me feel as if I’d earned it, though, admittedly, I was never satisfied with how it ended. Still, these books will always have a place in the romance department of my heart.

The romance is not at the forefront of this book, and perhaps that is a lot of the reason I really adored it. The two romantic leads have terrible animosity between them, and a history that is slowly revealed throughout the book. As might be apparent by now, I’m a sucker for a good love/hate relationship, and this book won my heart over with it.

Aristotle and Dante Discover the Secrets of the Universe

This book hurt, and while I was reading it I honestly didn’t expect that the romance (spoiler alert) was going to work out happily in the end. But when it did, after everything that had happened internally and externally to the characters, it was so incredibly worth it and wonderful.

This book is kind of a wild card, one I’d picked up simply because I like books that play around with Greek Mythology, and it was so much more than I expected. It features an innocently adorable couple who are toyed with by the gods, one of which is actually killed by their games, thus forcing the other to travel through the afterlife for them. Such trials. My kind of romance.

Of course, there are other romances in other books I love a lot, and I never say never when it comes to insta-love, but these are just a few that won my heart over. What kinds of romance do you prefer in books?

10 thoughts on “My Kind of Romance”