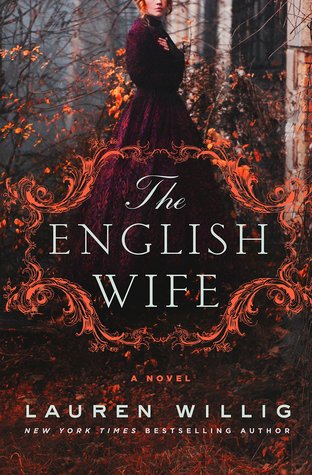 Summary: Bayard, from the esteemed Van Duyvil family, is found with a knife in his chest, and his wife, Annabelle, goes missing, presumed drowned, on the night of their Twelfth Night ball. The press goes wild with rumors, but Janie, Bay’s sister, teams up with an unlikely reporter to uncover the truth.

It wasn’t the big decisions that set the course of one’s life; it was the slow accretion of all the little ones.

This book was a fun mystery! It was a relatively quick, dramatic read, and if you’re looking for something dark, yet entertaining, this is a great book to pick up. I loved the format- it jumps around in time and switches between the POVs of our main character, Janie, who is trying to solve the mystery of her brother’s death and sister-in-law Annabelle’s disappearance, and Annabelle herself, and the events leading up to that fatal night. I love the un-chronological reveal of information, and the guessing game this book had me playing. It was definitely full of twists and turns.

I think the thing that docked this book a star was that I simply wasn’t fully invested in the characters. The romance – though fitting with the style of writing and with the drama of the story – was a bit theatrical for my taste. I liked the characters, but no one really made me care deeply about how the whole story played out, and I really just wasn’t invested in the romance. Some parts of this book were also a bit draggy, and descriptions and dialogue were a bit kitschy,  but for the most part it kept me interested.

This is a book that really keeps you guessing. Except! While I wouldn’t describe this book as being predictable, about halfway through I took a stab at randomly predicting who I thought the killer might be- and ended up being right. So in the end, while I didn’t love this book, it did leave me feeling satisfied and somewhat victorious.