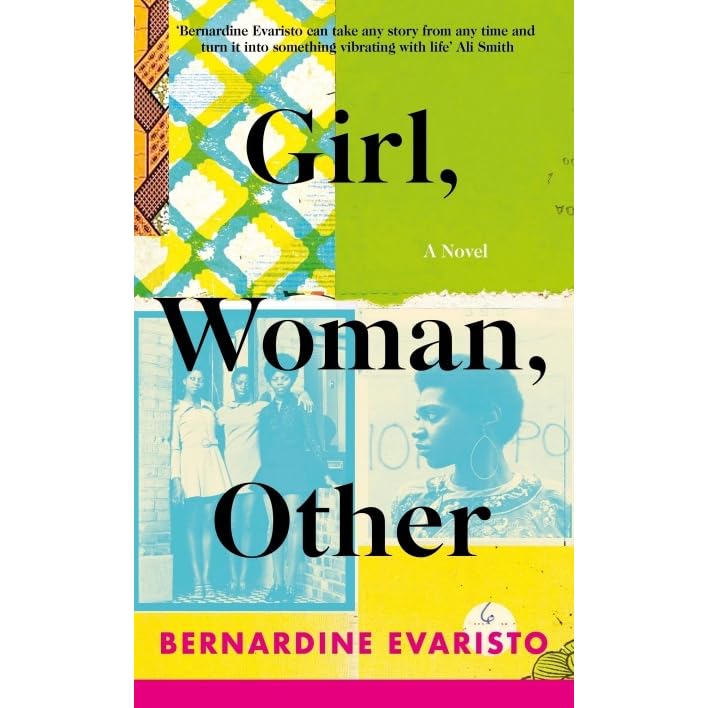 her morning mantra in the bathroom mirror I am highly presentable, likeable, clubbable, relatable, promotable and successful

This book follows the narratives of twelve different characters told in pairs of three in a collection of what is essentially interwoven short stories. While at first I wondered if jumping from narrative to narrative would make it hard for me to stay invested in this book, I was very quickly proven wrong. Each character, most often a black woman, had something new to offer within the themes of feminism, sexuality, race, identity- the list goes on.  Even if I was sad to see one story come to an end, I looked forward to what the next would bring, and to discover how ultimately every story and character was connected.

I did find that I felt that the first half, or first six stories, to be more engrossing than the second half. I think this was because the book almost became oversaturated with characters and perspectives concerning the same things. This isn’t necessarily a bad thing, and in fact was something I also enjoyed immensely. However, after a while it began to feel like Evaristo was simply speaking through her characters rather than letting her characters do the talking, in an almost lecture-esque way. Despite this, I still loved her distinct narrative style, and any dissatisfaction I had was more than made up for by the intrigue I had in the characters.

I really, really enjoyed this book. It was one of those books that I just enjoyed my time in. It wasn’t a quick read by any means but it was one I was able to spend hours in without putting down. I loved that I was able to feel empathy for each character, despite how good or flawed they were. And even though it was a bit oversaturated, there was still much to be gained from the scope that Evaristo captures within this novel. I really, really enjoyed it and it definitely deserves all its accolades.

One thought on “Book Review: Girl, Woman, Other by Bernardine Evaristo”